From the Five Metre

Another wonderful trip away for 15s Water Polo at KHS, it was a very different trip this year in that our parents had to pitch in to get our students to the venues but none the less, a terrific trip.

Both teams fought hard on Day 1 to secure places in the Semi – finals on Day 2. The girls proved dominant throughout Day 2 and managed to secure Gold against Merewether (an old foe). The girls demonstrated outstanding teamwork, particularly through their support of first time player Kaya. The leadership, support and sportsmanship that they exhibited was a credit to the girls, their families and the school.

The boys had a challenging day with a very prominent size difference against much older (and larger) teams, nevertheless the boys fought hard and narrowly achieved a 4th against another old foe, Lambton.

Our boys did extremely well to get out of the central venue day to make it to the State knockout finals. In itself, that was an achievement given 5 of our boys are in Year 7. A mix of experience and beginner water polo players. The fact so many of our boys are so young augurs well for the future. The young boys have now seen what it takes to win and will go forward working on their skills and potentially their height (sorry boys, you know I’m right). 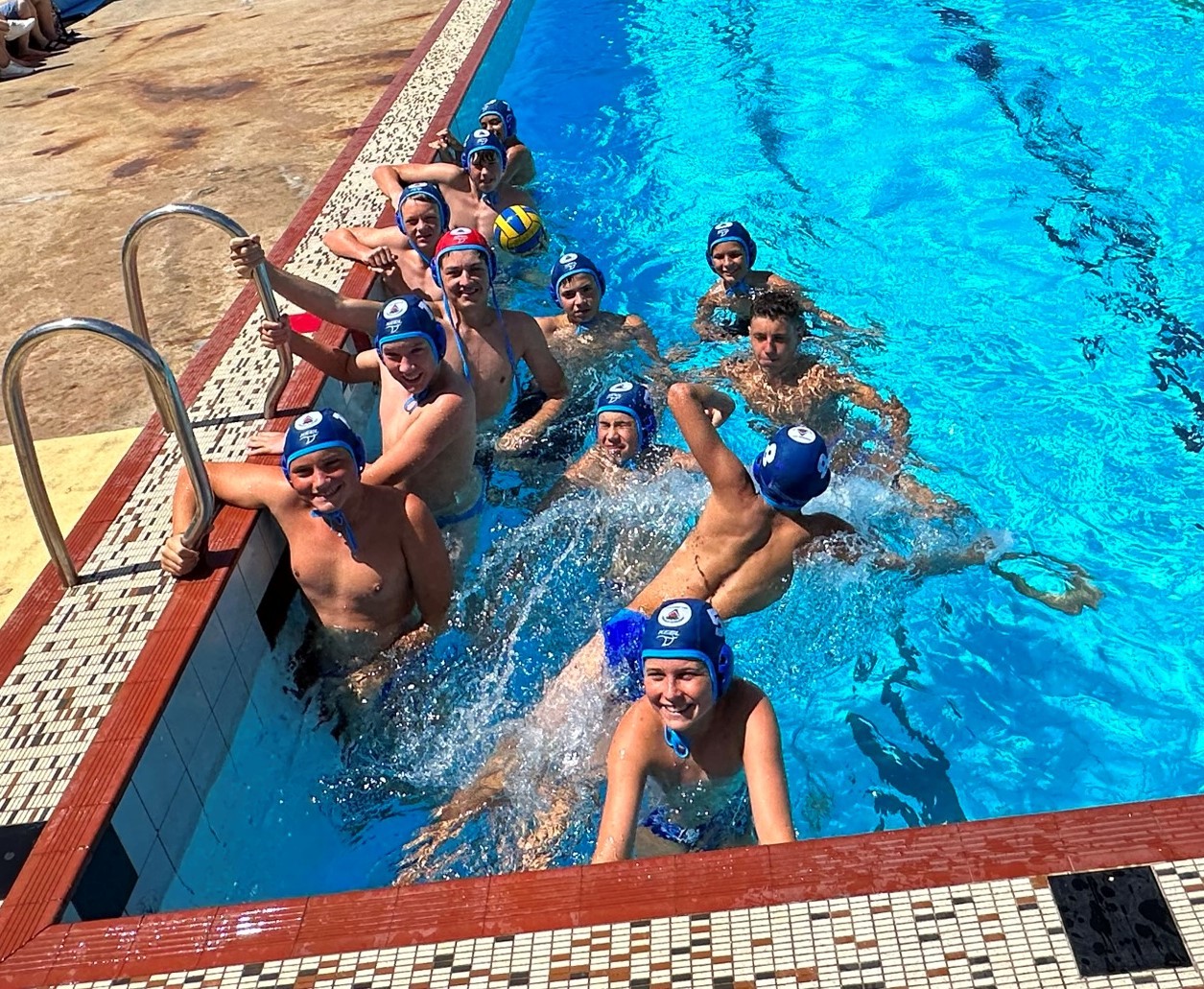 Angus -  A year 7 whose skills proved solid and he is working on his craft and we look forward to watching his progression in the future.

William  - A clever player who understands his positional play.

Nate  - A  Year 7 , although you would not know it, His skills and presence in the water command the attention of the opposition.

Cooper M   -  Coop the smallest stature of all the teams but a heart of a lion ( or a Koala), he never relented against opponents almost double his size.

Blake  - Our willing Goalkeeper who gave his all and is a great team member.

Zayne   -  Our leader and most experienced player, having just returned from a week of representing Sydney East. The young boys really looked up to Zayne who really led from the front. Zayne is a player of note and as such drew the opposition to mark him very heavily at times.

Riley  -   Our (at first reluctant) Goalie really worked hard in goals when Blake was off the field. Riley showed great resilience struggling through Hip pain but pushed on for the team. Riley, It’s hard being peppered by the opposition, but you held your head up.

Cooper S - A great swimmer, who I’m hoping will push on with his polo and become a real force in our future teams.

Austin  - A Triathlete of note who is useful in the pool to attack at speed. He was taking the attack up to some solid opponents and scoring goals.

Lucas -A solid beginner who shows promise with skills to build on, we look forward to future performances.

Tristan  -  Our trusty swim off guy, Tristan worked hard despite mixed results over his games, we also had doubts about the evenness of the swim up length which hampered his success 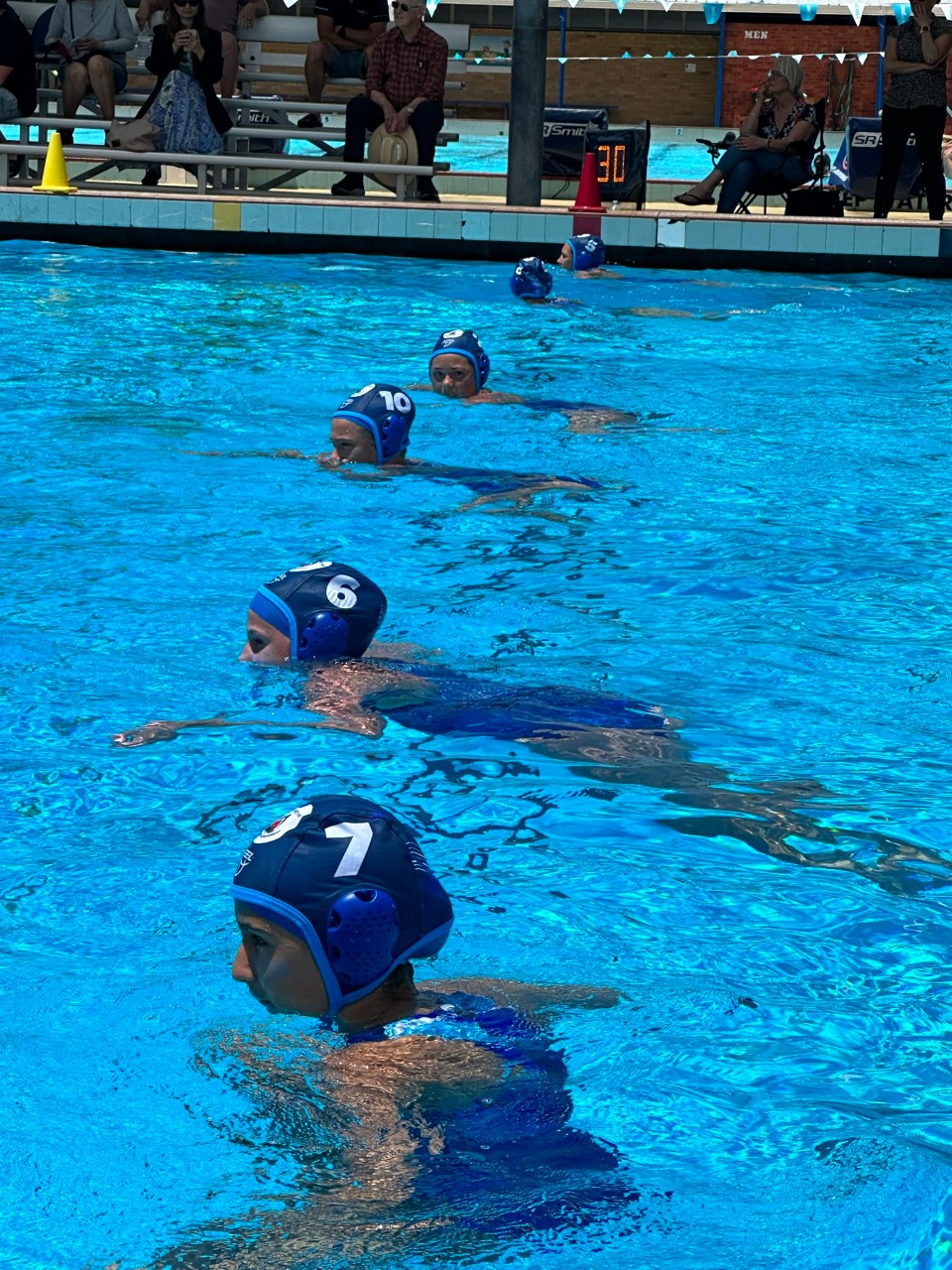 Imogen  - The long arm of the law, Those long arms really whip that ball into the goal and Imi did that time and time again. A knowledgeable player that is fast into position. Imogen was given Kudos by the convenor on a couple of occasions

Aurora - A fighter, carrying on the Ewings philosophy of never give them an even break. Auroras defence really had a stabilising effect on the team.

Zoe - Leading by example, A real stabilising player. Zoe is a leader that doesn’t tell her players to swim up, Zoe says “come with me”. Zoe has the respect of the girls and I look forward to great things in her future.

Alexandra - Rock solid in goals, and at times the difference in the win or what could have been a loss. Her attitude was exemplary over the two days and really was a vocal support to our girls in attack and defence.

Kira - A solid support player that, I feel, found her place in the team and the confidence to back herself in the field toward the end of the competition. Kira, next April, for Opens I want that attitude from the get go.

Kate - Worked her way to a place of confidence and was useful across the pool. Kate could also back up as Goalie if injury had occurred.

Olivia - Wow, Olivia tried her heart out all tournament as we have come to expect. She had good success early but was then heavily marked in the finals.

Mina - El pistoleero, Mina has one of the best quick shots I’ve seen. She can catch and shoot all in the one action, solid in defence and attack Mina is a leader in this group. I look forward to seeing Mina Opens.

Kaya - The youngest and most inexperienced of the girls, Kaya worked hard when in the pool. Kaya was learning every moment. We look forward to Kaya developing her skills further.

We would like to pay our respects and acknowledge the traditional custodians of the land and also pay respect to Elders both past and present.

Copyright for this website is owned by the State of New South Wales through the Department of Education. For more information go to http://www.dec.nsw.gov.au/footer/copyright.